They took care of their stadium 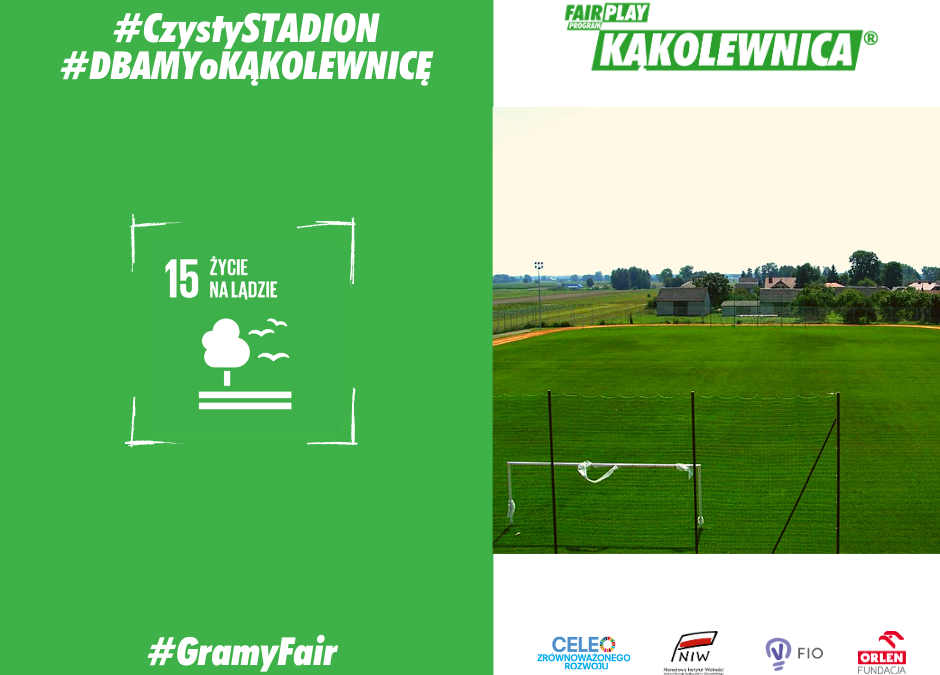 “Together we can do more” because such a slogan was accompanied by a charity campaign organised by volunteers of the Fair Play Team in Kąkolewnica, as part of the second task of the Fair Play Program. The task was to clean up the area of the municipal stadium in Kąkolewnica and wash chairs in the stands.The action promoted actions to ensure cleanliness, improve the quality and cleanliness of public places, in this case – sports. 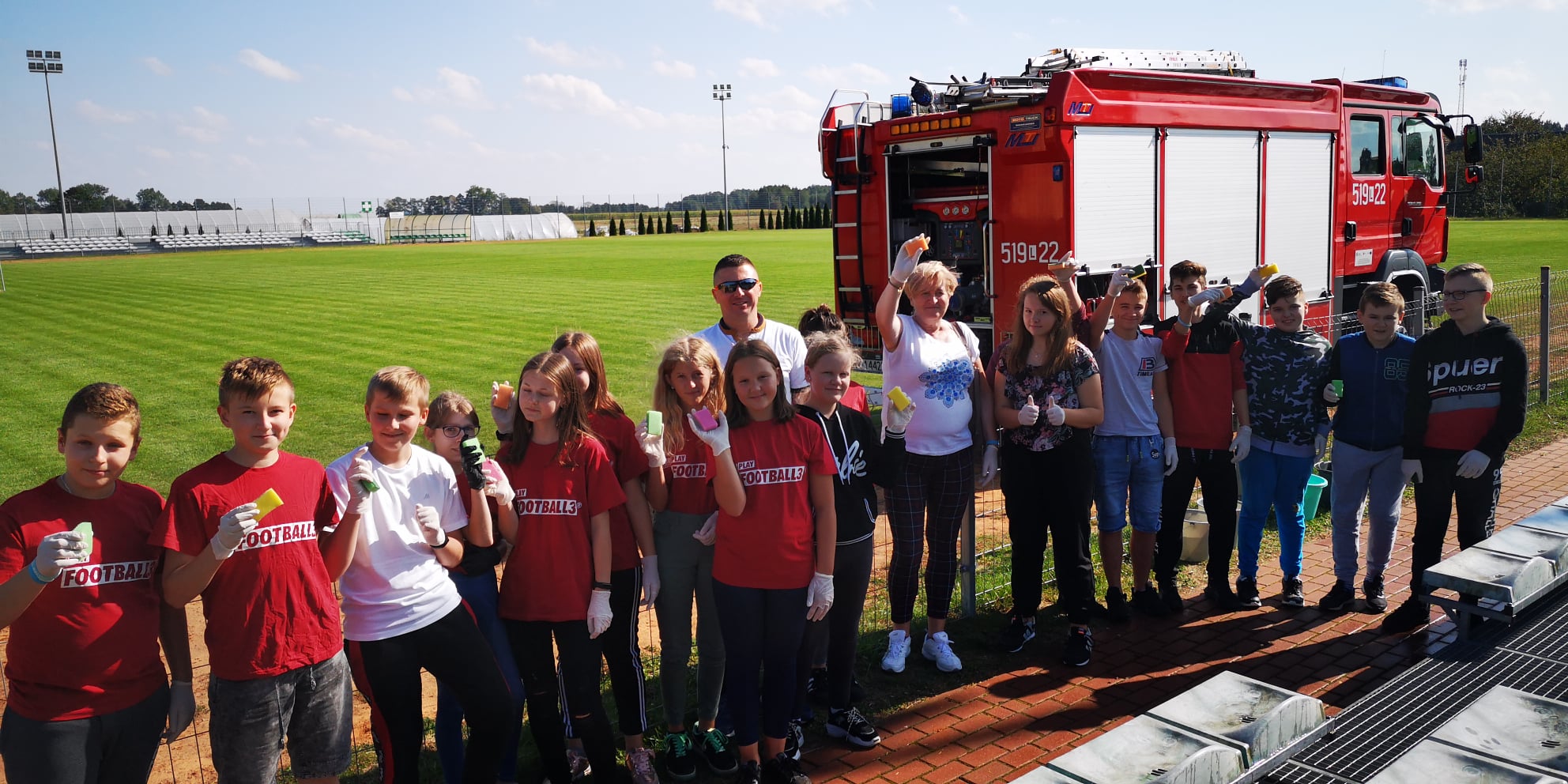 The campaign involved 42 young volunteers – 24 girls and 18 boys.Their task was to actively participate in the cleaning of the stadium. 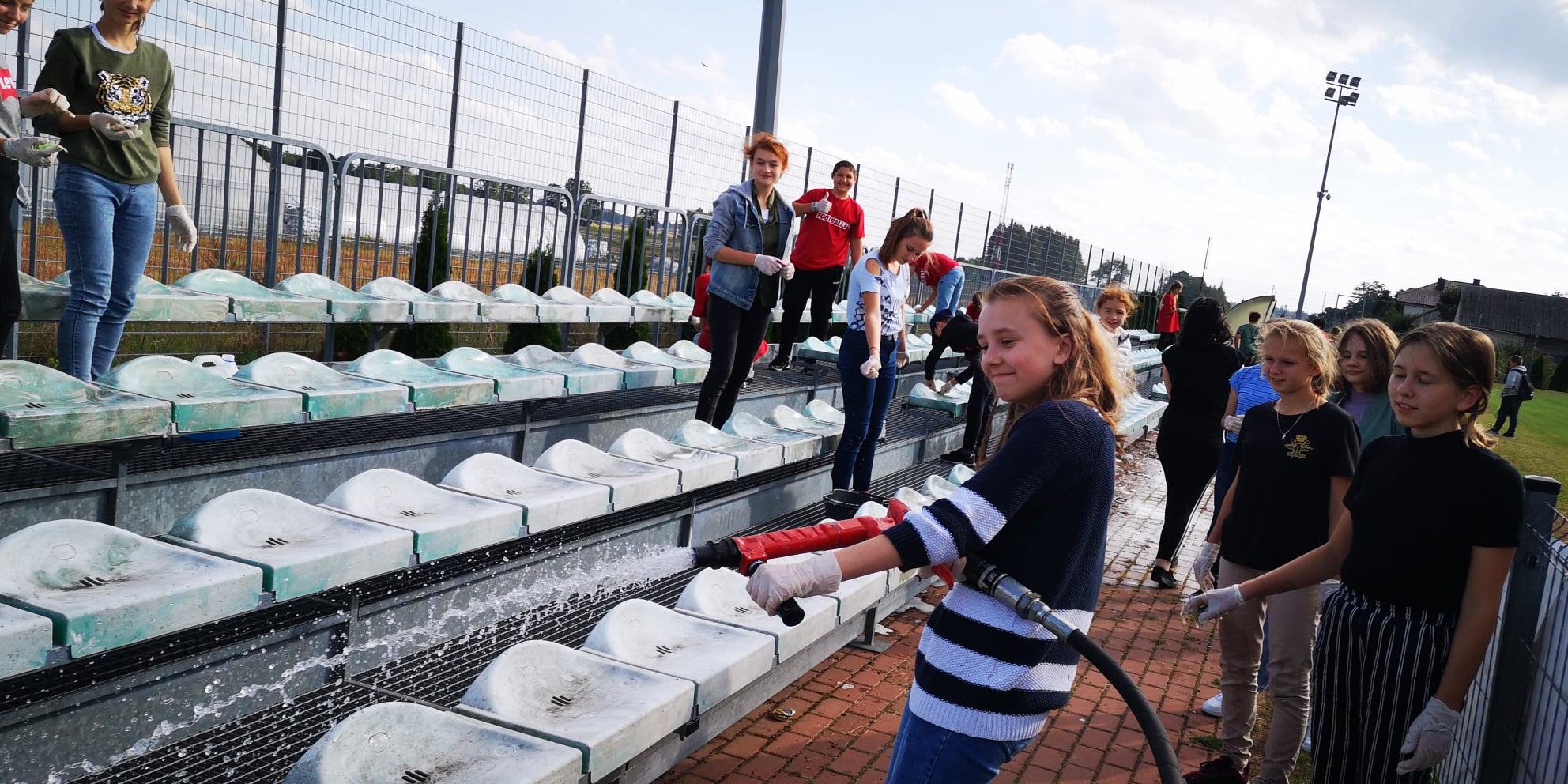 The partners of ordering the municipal stadium in Kąkolewnica were the Educational Team in Kąkolewnica, whose students from classes VII and VII took an active part in cleaning the stadium. Teachers – Ewa Bogusz and Krzysztof Brygoła also helped. The event was also supported by the Volunteer Fire Service in Kąkolewnica. The representative of the unit was a fireman- driver, friend Mr.Joseph Buc. A partner of the event was also the local sports club KS Lesovia Trzebieszów.

The leader and initiator of Fair Play activities The team from Kąkolewnica is Jacek Karwowski – physical education teacher in the Educational Team in Kąkolewnica, local sports animator in the “Orlik” pitch in Trzebieszów and coach of the youth football team KS Lesovia Trzebieszów. 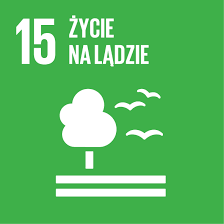 The charity campaign of volunteers from Kąkolewnica promoted one of the Sustainable Development Goals — Objective No.15 Life on land.