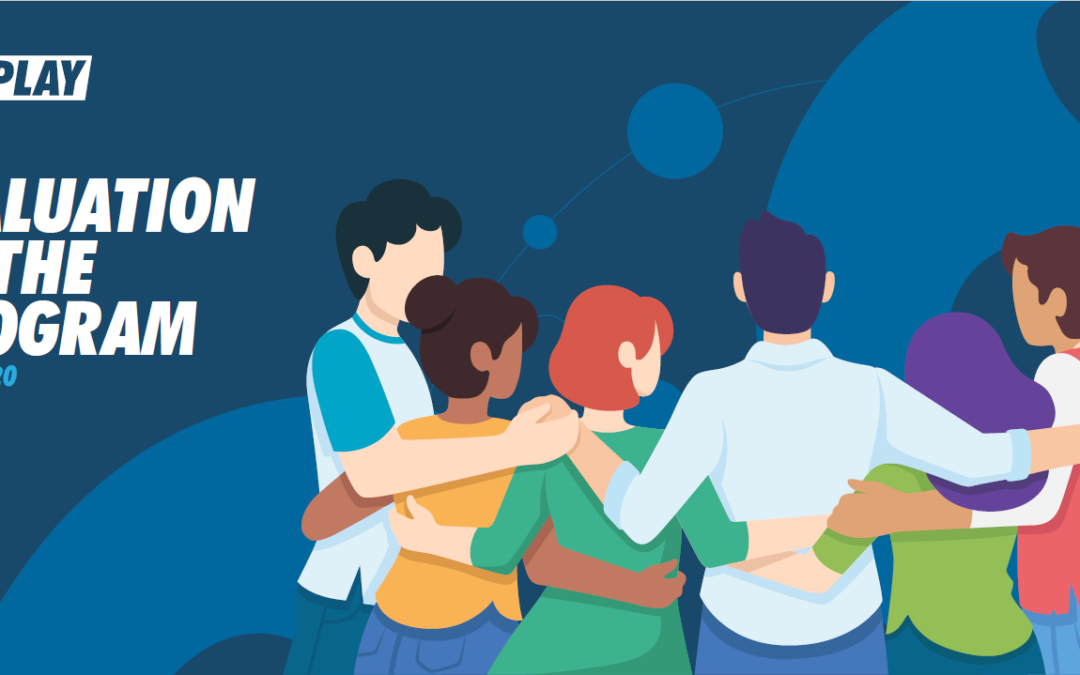 Implementation of the Program assumptions in a pandemic

COVID-19 strongly influenced the Program, the core of which was the development of social skills. Despite many limitations in the possibility of implementing the planned events, the coordinator and the Fair Play Teams were able to implement the formal assumptions of the Program. There is no doubt that the scope of activities, e.g. tournaments and charity actions, would be greater, if not for formal (and common sense) restrictions in locations. The pandemic also influenced the possibility of „opening” the Program to new stakeholders and, for example, recruiting new volunteers. On the other hand, the Coordinator and Leaders used new tools (such as the eTournament) to keep volunteers involved in the Program.

Contrary to many sports programs, which commonly „suspended” their activities in the Fair Play Program, the program was able to be adapted to new conditions and implemented in a (extended) form.

In schools, the Fair Play Program was usually perceived as a program supporting the development of civic attitudes and social skills, combining sport and education. In conversations with education representatives, it was stated that there are currently few external initiatives in schools that could shape civic and leadership attitudes among children, supplementing their formal education received during lessons. NGOs that used to direct their programs to schools now find their way to them less frequently. From this perspective – shaping civic attitudes and skills development (by volunteers) in a sports context – the Fair Play Program was perceived as a certain unique thing.

Principals and teachers seemed to pay attention to the importance of social competences in the development of a young person and mentioned grass-roots initiatives supported in their schools, such as the student self-government.

However, they were universally unable to list alternative initiatives to the Fair Play Program that they had encountered before. The program acted as a catalyst for the creative energy of volunteers, a role that is very much appreciated in schools.

Football3 was perceived by the representatives of the education system as a very attractive form of physical education that could be carried out in a wide variety of groups of children. In the case of children from grades 1-3 of primary school, football3 requires modification consisting in a) slowly incorporating the rules, b) taking into account the perceptual abilities of the group and giving them (before the game) strong physical stimuli.

A significant percentage of children appreciated football3, paying attention to their otherness: playing in mixed teams, less emphasis on the result and competition, the ability to set their own rules.

As the Leaders emphasized – the implementation of football3 in the junior grades, however, must be gradual – because many children perceive sports play as something very expressive, with less control – and in football3 they have to keep their energy in check. The attractiveness of football3 in a school context may also be demonstrated by the successful implementation of classes as an innovative activity aimed at educational activity by public schools, a procedure regulated by the Education Law.

Football3 in schools and teachers of early childhood education

Early childhood education teachers watched mainly football3 sessions and participated in Fair Play Tournaments organized by Teams. While it is difficult to talk about the effects of the Program on teachers, football3 made an impression on them by combining sports activities with education. Some early education teachers do not feel comfortable conducting physical education classes, usually declaring that they are not „sports specialists.” As a result – teachers may not use the potential of physical education classes by conducting low-intensity and less attractive (from the students’ perspective) way.

Football3 sessions, especially those related to education (e.g. on the Sustainable Development Goals) were more in line with the scope of interests of early childhood education teachers. This represents a significant potential for the development of the football3 Program and form, especially in the school environment.

The key role in the Program is the Leader – the Fair Play guide of the Teams.

The scope of tasks implementation and their reception „outside” Fair Play Teams depended largely on his approach. The program, through its targeting to the local community and the necessity to communicate its actions, gave Leaders the tools to develop the scope of their current initiative. At the same time, he set high requirements for the Leaders, including recruiting and coordinating the work of a significant number of volunteers. Therefore, in its current form, it can be seen as a leadership program – aimed at those animators, trainers or teachers who want to dynamically develop and show their work outside. This formula suggests its direction of development in the future (e.g. emphasis on training enabling the development of institutions in which leaders work). Under this formula, however, the Program might not be effectively implemented by a wider (and less selectively selected) group of leaders.

Conditions for implementing the Program assumptions

To implement the Program, the minimum conditions were necessary – access to volunteers, a classroom, support from early childhood education teachers and management. Hence, the local perception of the Leader was seen from the very beginning as an important component of the program’s success. It will be easier for a recognizable person with a large baggage of local contacts to carry it out and show it. It was more difficult for the person working (mainly) outside the school to implement the Program. Similarly – younger people, without many contacts, who come to the management or a representative of the local government without a recommendation and try to convince them to a new initiative. The mere implementation of football3 sessions outside of school is a significant challenge in a smaller town due to the minimal group of participants and difficulties with transport to and after sessions. It also seems that a significant facilitation in the work of people from outside the education system who would like to implement the Program or football3 sessions in schools would be materials or agreements formally authenticating this initiative at the macro level.

In the places visited, local government representatives emphasized that grassroots initiatives of children and young people in the local community were very important to them. They enable young people to build pro-social attitudes and develop local patriotism.

The Fair Play Program complements local sports initiatives with this social dimension – education in the local community and taking care of it, which may be important from the perspective of the local government.

The report was created as part of the project „Fair Play Program = Akademia + Drużyny + Grywalizacja + Forum + Research” carried out under the Civic Initiatives Fund Program for 2014-2020, coordinated by the National Institute of Freedom – Center for Civil Society Development 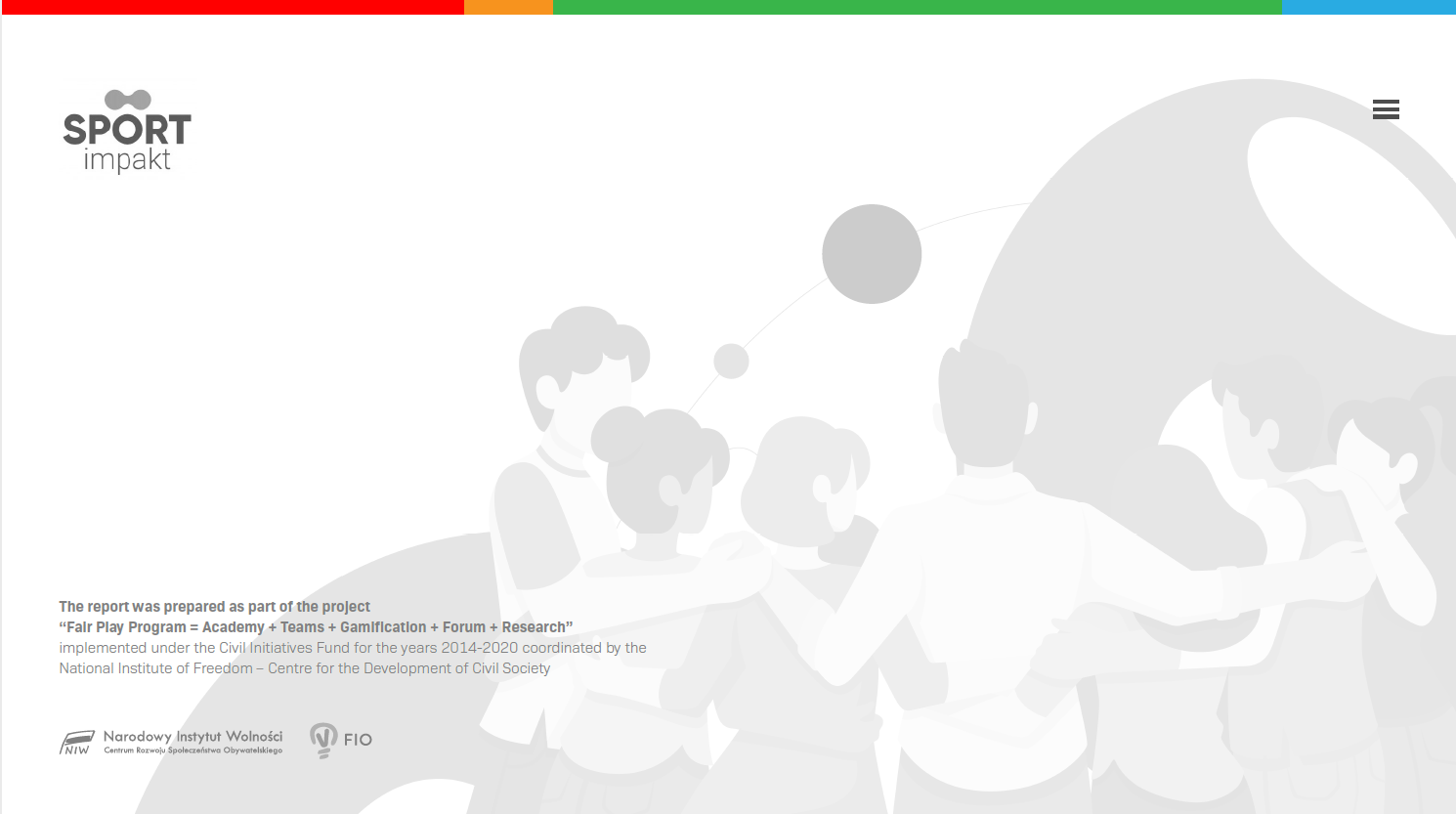