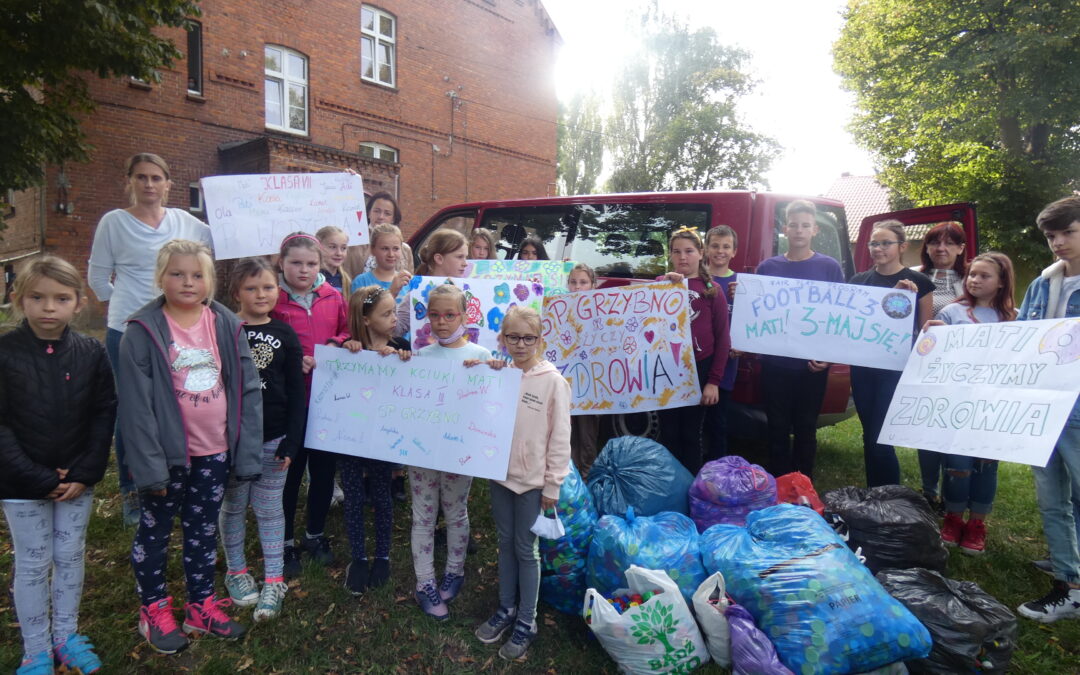 Fair Play Team from Grzybno, as part of the organisation of the 2nd action “Let’s do something good” in the Fair Play Program, carried out two activities involving volunteers and the local community. The first charity action consisted of systematic cleaning around the ”Orlik” pitch in Unisław and the area around the Primary School in Grzybno. The purpose of the action was to show a good example and to draw attention to the widespread littering of the environment. The educational aspect was to promote and sensitise society to care for our planet.

The second charity, organised by volunteers from Grzybno and Unisław, concerned the collection of chestnuts, which were donated to the treatment of the sick Mateusz, a young resident of the municipality of Unisław. This action was intended to show that you can help in a very simple way and that nature also helps us a lot, so you should take care of it. Both events were held in September 2020. 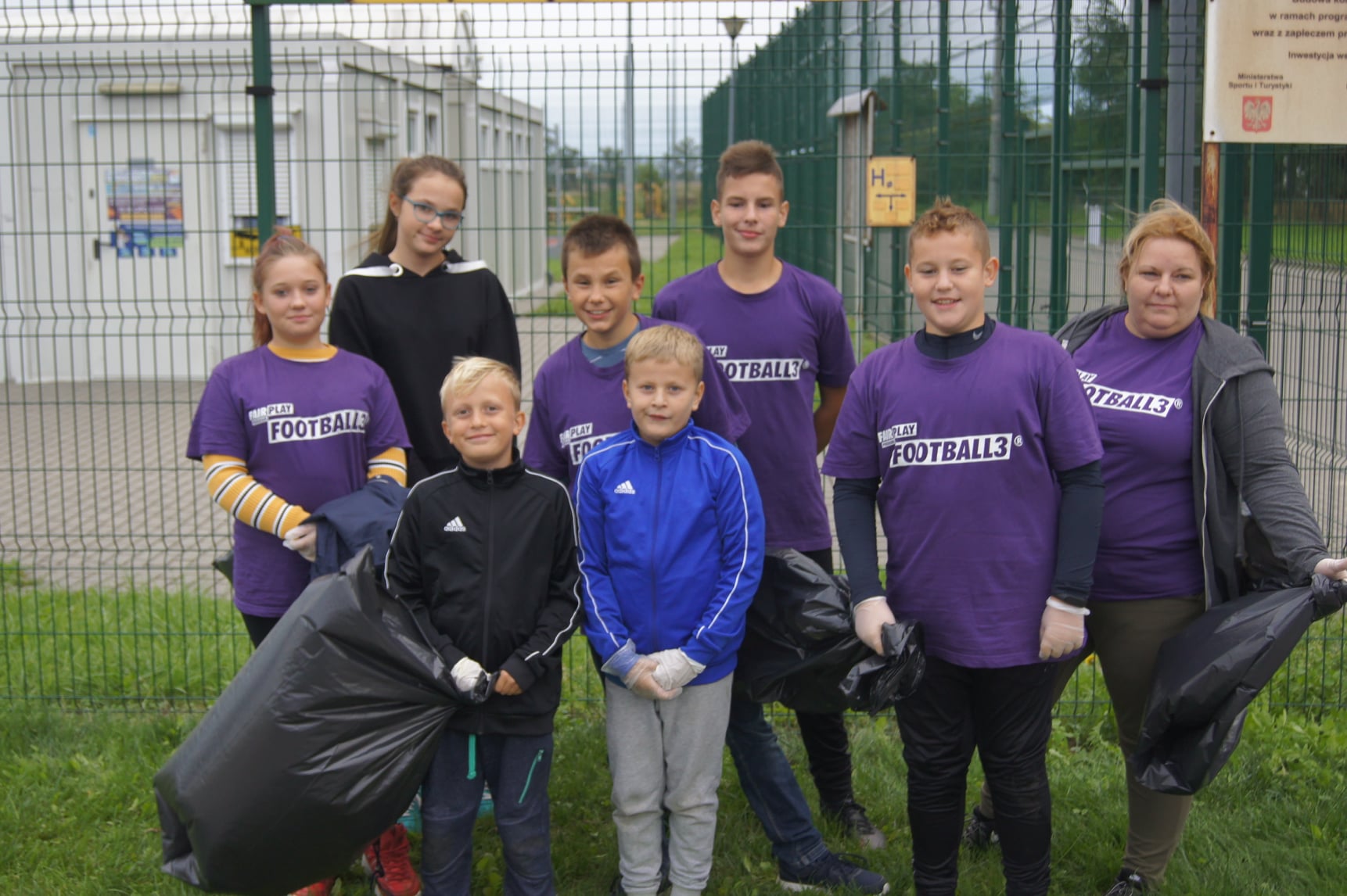 7 young volunteers of the Fair Play Team Grzybno/Unisław – 3 girls and 4 boys were actively involved in the charity of cleaning “Orlik” pitch and around the school. Their tasks included: support in the organisation of logistics action, promotion of the event among family, friends and social media and active and systematic participation. 22 young volunteers of the team – 15 girls and 7 boys – actively participated in the campaign of the chestnut collection to support Matthew’s treatment. Their tasks were the same as during the first action. 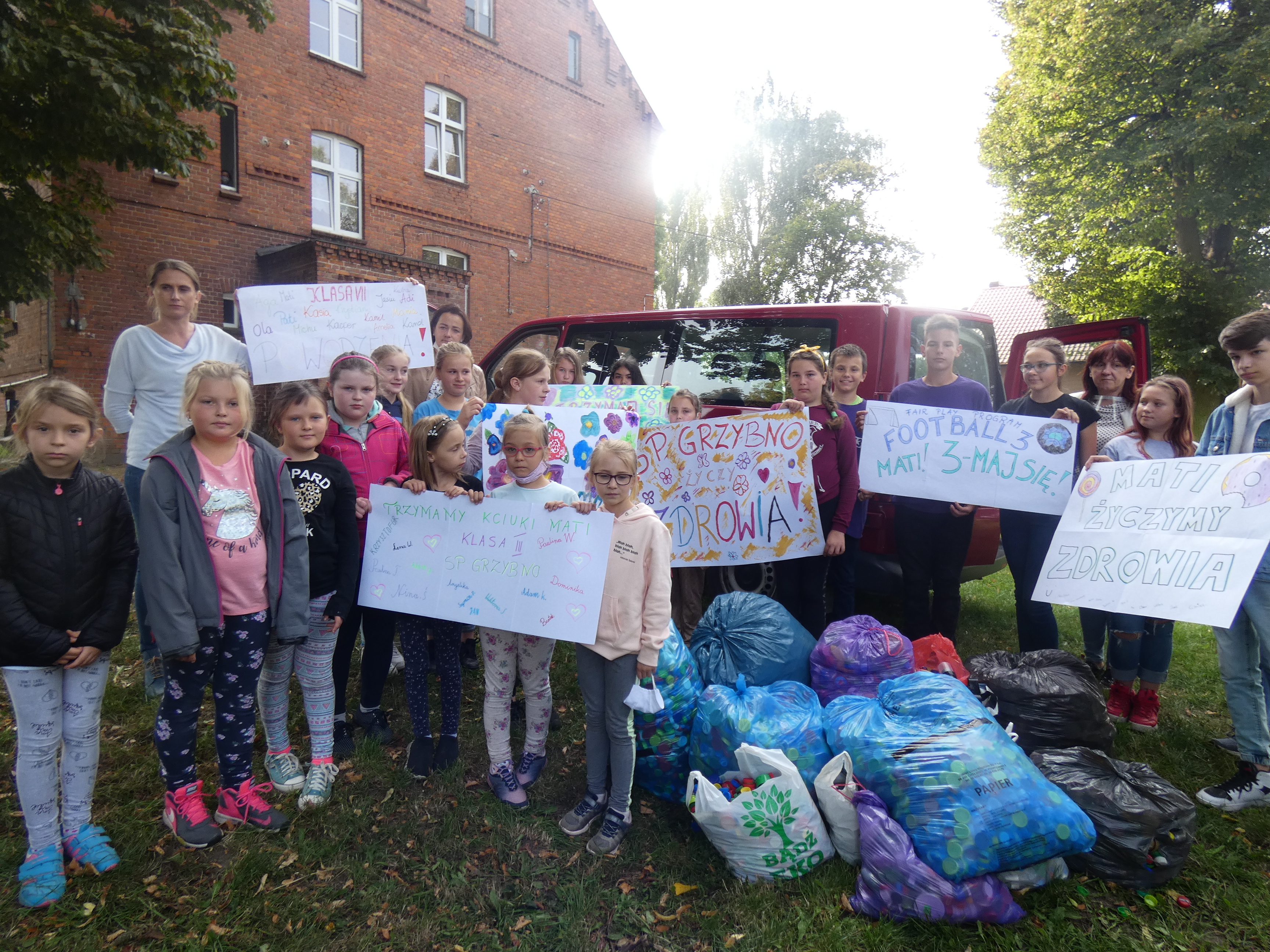 Many partners were very keenly involved in both actions.The biggest partner was the local community. About 400 residents of Unisław Commune were involved in the collection of chestnuts. Both actions were supported by many VIP volunteers, the first 7 people, while the second was supported by 10 people. Among them were representatives of the Marshal’s Office of Kujawsko Pomorskie Voivodeship and the Municipal Office of Unisław, who provided the participants with personal protective equipment needed to carry out the action. The Municipal Cultural Centre in Unisław was responsible for the promotion of events on the website. Active support was also provided by representatives of educational units, whose pupils, teachers and parents of children engaged in active participation in both events. These were: Primary school in Grzybno, Primary School in Unisław, Primary School in Kokock, Green Kindergarten in Unisław and Municipal Kindergarten of Krasnoludek.

The leader and initiator of activities of volunteers Fair Play Team Grzybno/Unisław is Mariusz Krzemiński. Teacher in kindergarten Green Nook in Unisław.Teacher at Grzybno Elementary School and local sports animator at the “Orlik” in Grzybno.The originator and organiser of many sporting and educational events involving the local community.